Ski resort ratings for Chamonix compared to all other ski resorts. Based on 201 reviews.

Chamonix is one of the jewels of skiing anywhere in the world. Les Grand Montets is situated above Argentiere and is the largest of the pisted skiing areas in the Chamonix valley. Les Grands Montets has a reputation for offering some of the hardest pistes in Europe, and this is a reputation fully justified. It is home of steep and deep challening pistes. As well as the really obvious stuff between the pistes, there’s plenty more off piste in Chamonix within easy reach for just a little bit of effort. Don’t be put off though: there are still long, wide slopes that can be attempted by daring beginners that suit an advanced skier just as well.
More reviews 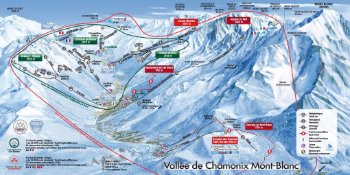