Ski resort ratings for Serfaus Fiss Ladis compared to all other ski resorts. Based on 180 reviews.

We went to Serfaus in March 2007. The village was ok aesthetically but the skiing is not that good. It's quite low and the slopes get a lot of Sun so the snow deteriorates fast. Most of the slopes are for intermediates although there's an ok amount of lift served off piste but it gets tracked out super fast. The dump we had on day 3 was tracked by day 3 and a half. If you're used to steep off piste then Pezid is the best lift served there is and it's not that steep. A 25 min hike will get you to some steep couloirs but with the action of the sun, beware of slides in the afternoon. I thought the staff at restaurants were arrogant and if you don't speak German, forget it. Very few English ther
More reviews 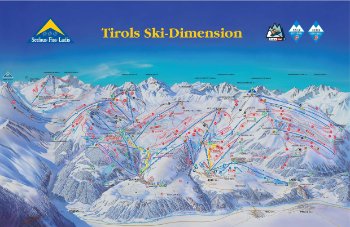