Ski resort ratings for Rauris compared to all other ski resorts. Based on 153 reviews.

Just got back from Rauris after an enjoyable weeks skiing and thought I would leave a few impressions. The resort is a real chocolate box to look at but it is not accesable on skis, there is a ski bus () every half hour but most of the action is up one levl on the slopes. These are accessable by a bubble lift with(in mid march) no queues. The skiing under the bubble is good for early intermediates and the slopes well groomed. Over a trail is another well groomed set of red runs with a long t bar and a 2 man chair which are not difficult but quite steep. good to build the confidence with a long run down to the bus stop. the facilities on the slopes are well run and not too expensive. every on
More reviews 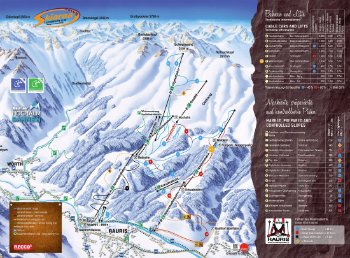