Ski resort ratings for Lech am Arlberg compared to all other ski resorts. Based on 189 reviews.

The skiing/boarding round Lech was fantastic though we were very lucky with the snow so early in the season. All runs and lifts were open. The queuing is well mannered and short, the lifts modern and often heated - you can even return downhill in the chairlifts if you are too tired to ski down. The pistes are well groomed and well marked - difficult to get lost. Some of the pistes are areas rather than tracks and have several ways down - check the map! Yes it can be very expensive - never seen so many fur coats and private banks in one place before. Even so, everyone we talked with was very friendly. In summary - expensive but you probably get more than you pay for.
More reviews 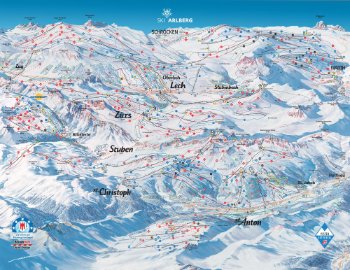